University, regional and national Research Staff Associations (RSA) have been established in many countries for many years, and represent the interests of researchers at those levels. With the increase of researchers’ mobility around the globe and the recognition of the diversity of the research policies and regulations across countries, the need of a global platform that allows sharing of information and best practices among the different RSA became a pressing matter.

This is why ICoRSA was founded. 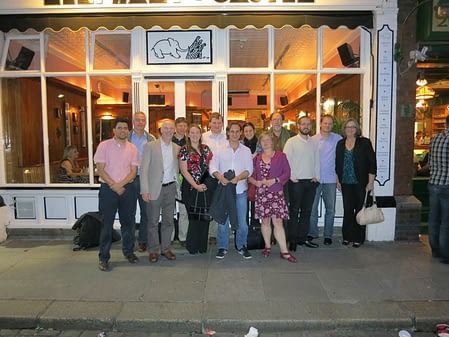 The need of creating ICoRSA (International Consortium of Research Staff Associations) emerged during both the ENRC (European Network on Research Careers) meeting of research funding bodies in Brussels in Oct 2011; and the World Science Forum in Nov 2011. It was identified that there were no researcher representatives at these meetings, and a need to fill that gap became apparent. From that realisation, it took 6 months to research and contact the various national RSA that existed. The concept of ICoRSA was formed, and the inaugural meeting of the associations was planned to coincide with the EuroScience Open Forum (ESOF) 2012 in Dublin. Travel grants were successfully obtained for participating RSA members by the Wellcome Trust (UK) and Burroughs Wellcome fund (USA) to allow postdoctoral organisation representatives from a number of countries to attend, including UK, South Africa, USA, and Germany. The ESOF2012 session (July 14th) provided a platform for discussions about the challenges shared by a mobile, international research workforce; the best practices for addressing these common challenges; and the effects that these challenges have upon the global research enterprise. This was followed by a private session of interested parties where they agreed to work towards the establishment of the International Consortium of Research Staff Associations. Many of the most important policy makers attended ESOF2012, and many important dignitaries were invited to attend the inauguration. Thus, Lidia Brito (UNESCO), Martin Hynes (ESF) and Peter van der Heyden (European Commission), attended the opening meeting of ICoRSA; and a steering committee was established at this meeting to drive the agenda forward.

The next logical step was to establish ICoRSA as a legal entity, so that autonomous funding could be pursued, which was successfully completed in January 2013. ICoRSA is currently registered in Cork, Ireland as a non-for-profit organisation, and received its first funding support from the Irish Research Council (IRC).

ICoRSA has signed partnership Memorandums of Understanding with European Council of Doctoral Candidates and Junior Researchers (Eurodoc), Marie Curie Alumni Association (MCAA), Young Academy of Europe (YAE), Early Career Researchers Network of Networks (ECRNoN) and National Postdoc Association (NPA) in order to cooperate in the interests of researchers and to work together on issues of mutual interest to maximise the voice of researchers.

ICoRSA is also an affiliated member of the International Science Council (ISC) and Consortium member of RESAVER.